What’s up fellow foodies! How’s everyone been? I know I’ve been M.I.A. for a good minute, but I had some things I had to take care of before the end of the year. Now that I got that out of the way, let’s get to it.

My family and I decided to go to Red Lobster because we haven’t eaten there in a while. To say that I was excited would be an understatement. As I poured over their menu, I decided to try their Ultimate Feast. It looked absolutely delicious by the looks of it so I had to try it. Here’s a picture of it from their menu and website:

As I waited with anticipation, I just knew this was going to be a delectable dish. After all, I’ve eaten at Red Lobster before and what I had was absolutely delicious! This time around, not so much. My dish was ridiculous, absolutely ridiculous.

The shrimp scampi was too greasy, the crab legs were a little bland and over cooked, the fried shrimp had no flavor to it whatsoever, the lobster tail was also bland and the rice was chewy.

This is a picture of my Ultimate Feast:

Since I didn’t want my money to go to waste, I forced this subpar meal down. Disappointed is not the word for this feast. SMH. I hate to say it, but it’ll be a while before I eat at Red Lobster again. This Ultimate Feast was a total bust.

What’s up fellow foodies! I finally got a chance to try Sonic’s new Philly Cheese Steak. I’ve been seeing it advertise for a while now and decided to give it a try. I’m a big fan of Philly Cheese Steaks so I couldn’t pass this up. Here’s a pic of it straight out of the wrapper:

Overall, I thought it was a pretty good Philly Cheese Steak for it to come out of a fast food drive-thru. The meat was finely shredded, which is just how I like it, and it was loaded with onions. Yum. The only thing I would do differently the next time I get one is to get it without mayonnaise. I didn’t care for the mayo. Other than that, it was pretty good. The next time you are at Sonic, give it a try.

What’s up fellow foodies! It’s been a minute hasn’t it? I’ve been so busy trying to find some pocket friendly restaurants that I haven’t been able to post regularly. If you are a big Japanese foodie like I am, you are going to love Okinawa Sushi & Hibachi Steak House. 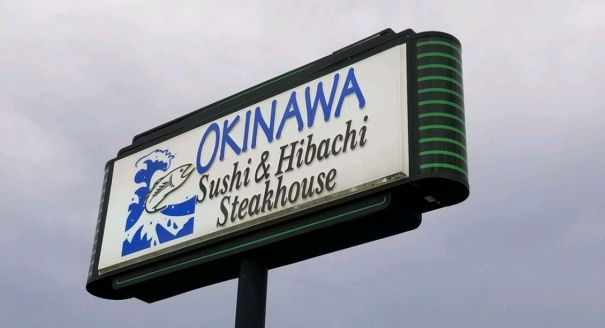 Japanese food is one of my top favorite foods. If I could eat it every day I would. I decided to try the Shrimp Hibachi lunch special which turned out to be a very good pick. Unlike most hibachi lunch specials that skimp on the rice, Okinawa Sushi & Hibachi Steak House is very generous with the rice portions. They were also generous with the veggies and shrimp. I snapped this quick picture before I headed back to the office to chow it down. It tasted as good as it looks.

I was surprised I had 7 pieces of shrimp instead of the usual 3-4 and these were jumbo shrimp fellow foodies! I have to say for $12.09, I got my money worth. What you don’t see in the picture was the medium sized ginger salad that also came with it. I can definitely see myself coming back here again because the food was really good. If you have one in your area, check it out. I hope your experience will be as good as mine.

What’s up fellow foodies! It’s been a few days since I posted because I been so busy. Today, I’m off to find some interesting eats and treats. I hope they all pan out well so I can have some good food to share with you in the upcoming days. Feet don’t fail me now! 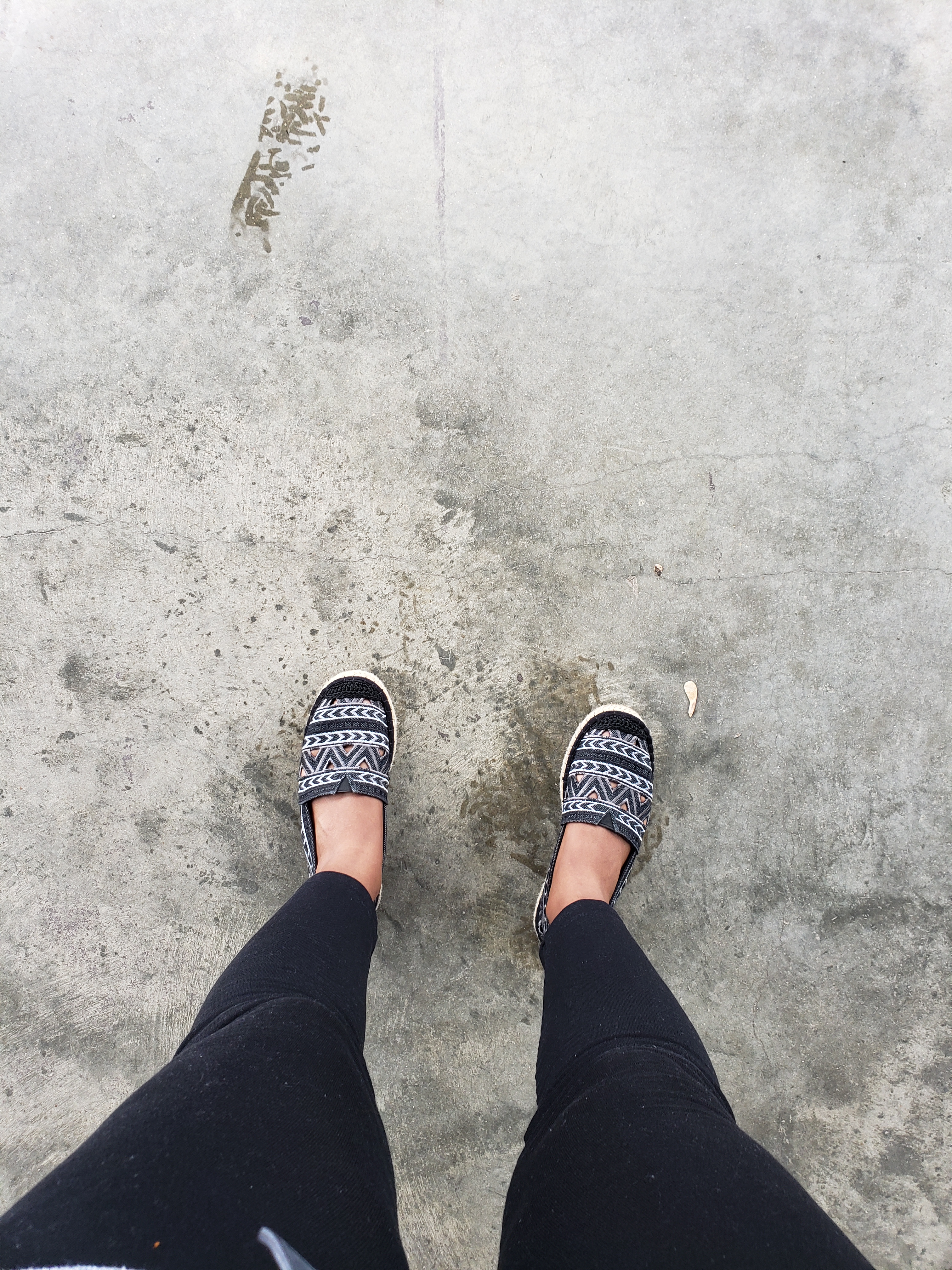 What’s up fellow foodies! I finally tried one of Kashi’s cereals this morning after hearing so much about it. I only bought one box just in case I didn’t like it. Since I love honey and almonds, I decided to go for the Honey Almond Flax Crunch Cereal.

Um, let me go ahead and say that this cereal is dangerous and I think the makers of this cereal should warn consumers. One, the clusters are very sharp and if you aren’t careful, it can cut into your gums or jaw. Two, because the clusters are irregular and sharp, you can easily get choked on them which is exactly what happened to me. I also broke a piece of my tooth filling eating this hard as rocks cereal!

How can a cereal that is supposed to be good for you tear up your mouth and hurt your teeth? I’m sorry, but I hate this cereal and I won’t be eating any more of it. I’ve tried healthy cereals in the past, but this by far is the worst. To each their own on this one. I’m throwing the whole box away. I could have saved my $5.00. 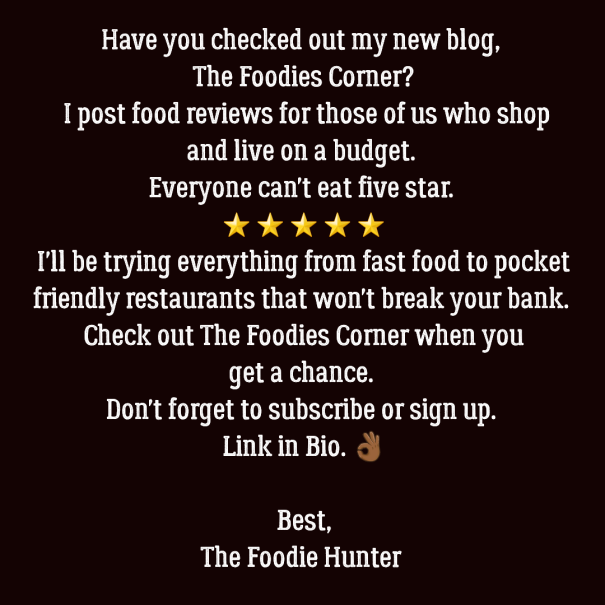 What’s up fellow foodies! Today I decided to try a salad at one of my favorite fast food chains, Zaxby’s. This week hasn’t been the best week for me in terms of trying different fast foods, but today marks the second bright spot this week.

Zaxby’s offers four types of salads: House, Caesar, The Cobb and The Blue. You can get them topped with either grilled chicken or fried chicken. I of course went with the fried cobb salad and as far as the dressing, blue cheese baby!!! Blue cheese all the wayyyyyy! This is what it looked like before I picked out the hard pieces of fried chicken. 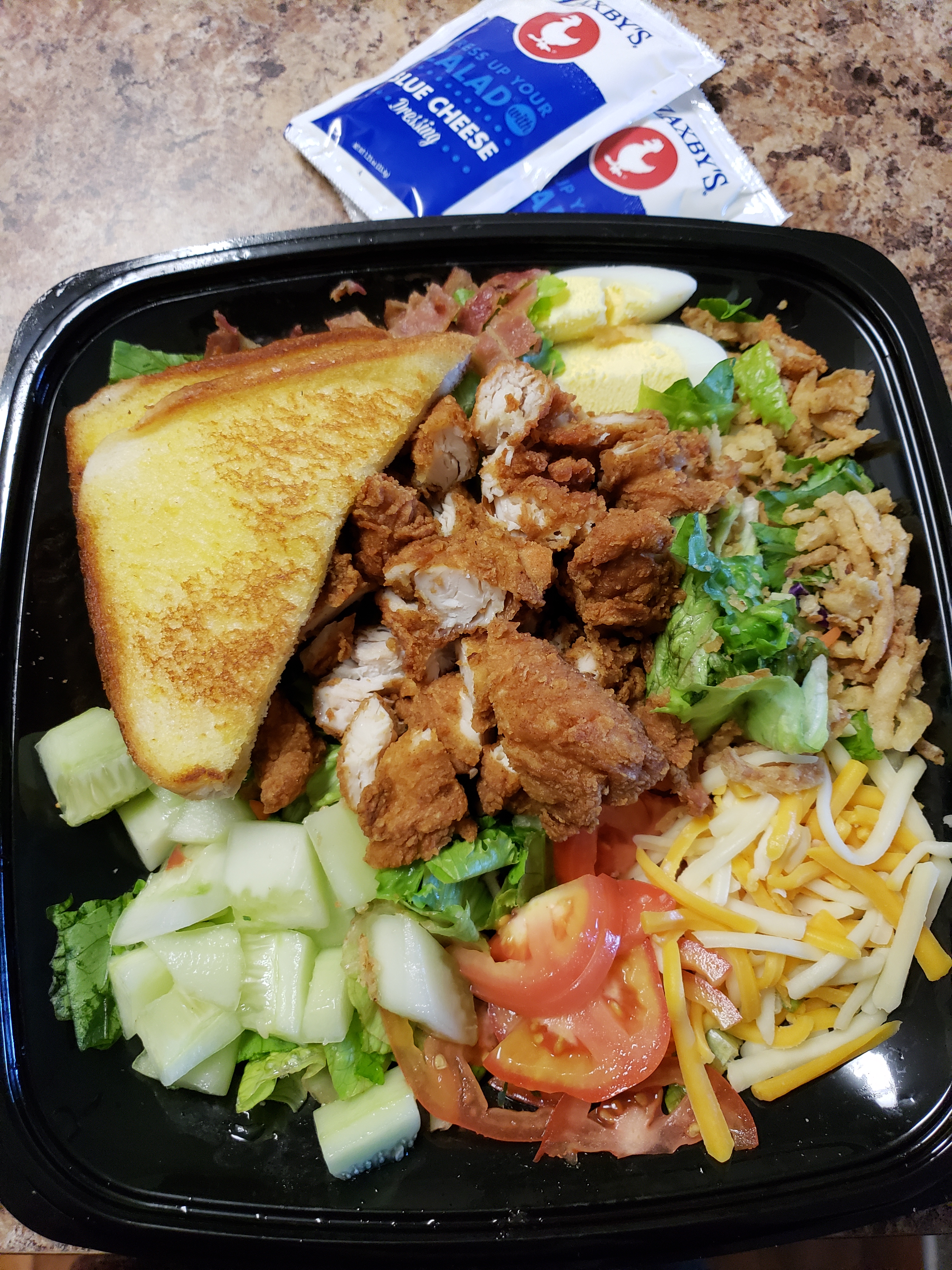 And this is what it looked like after I picked out the hard bits of chicken and ate the toast. Sorry guys, I was hungry. 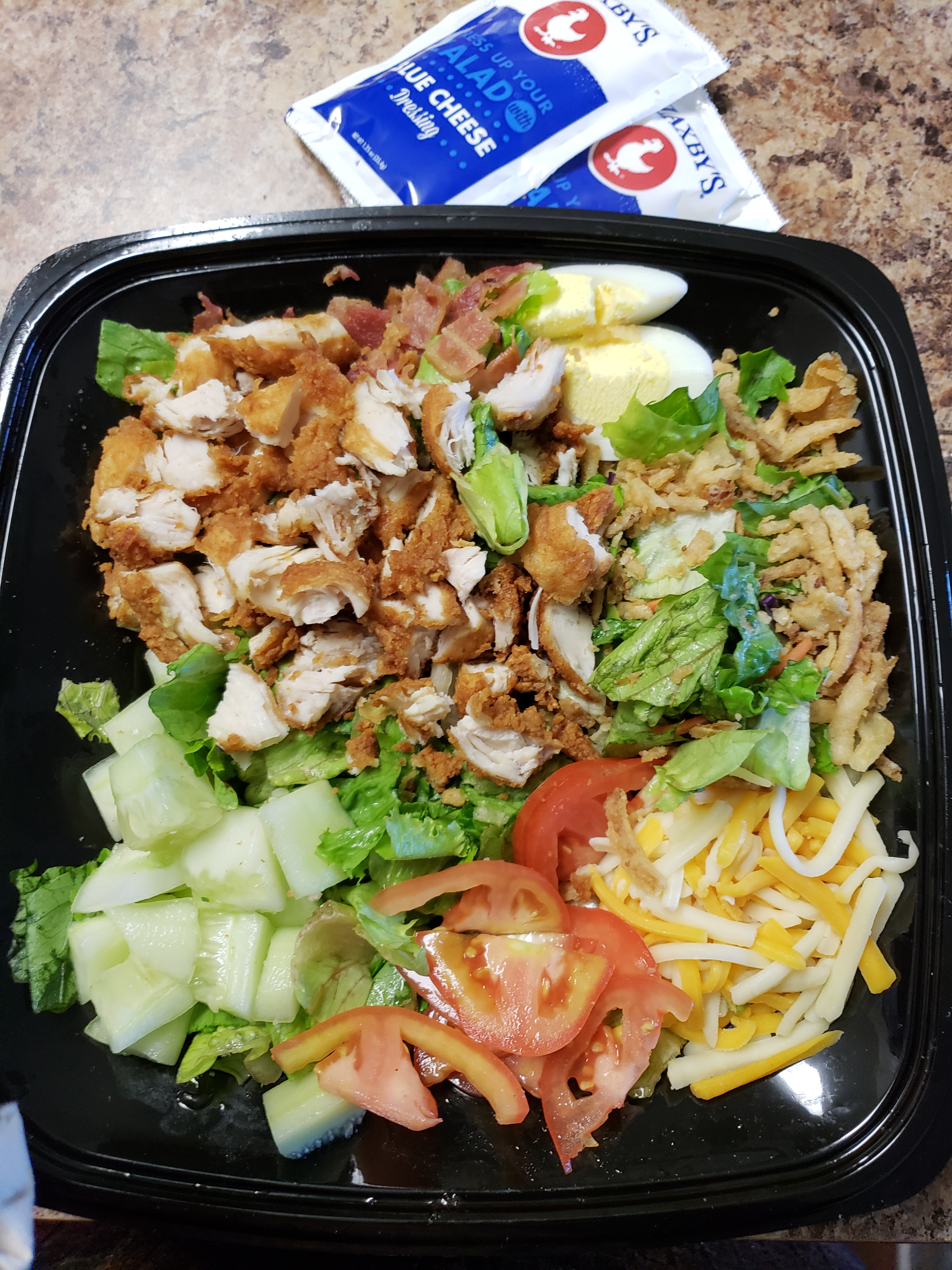 Overall, the fried cobb salad wasn’t too bad. The veggies were so fresh and I only had to remove a couple of hard pieces of chicken. As far as the taste, it was pretty good. I think within the next month or two, I’ll try the Caesar next. Give one of their salads a try the next time you stop at Zaxby’s.